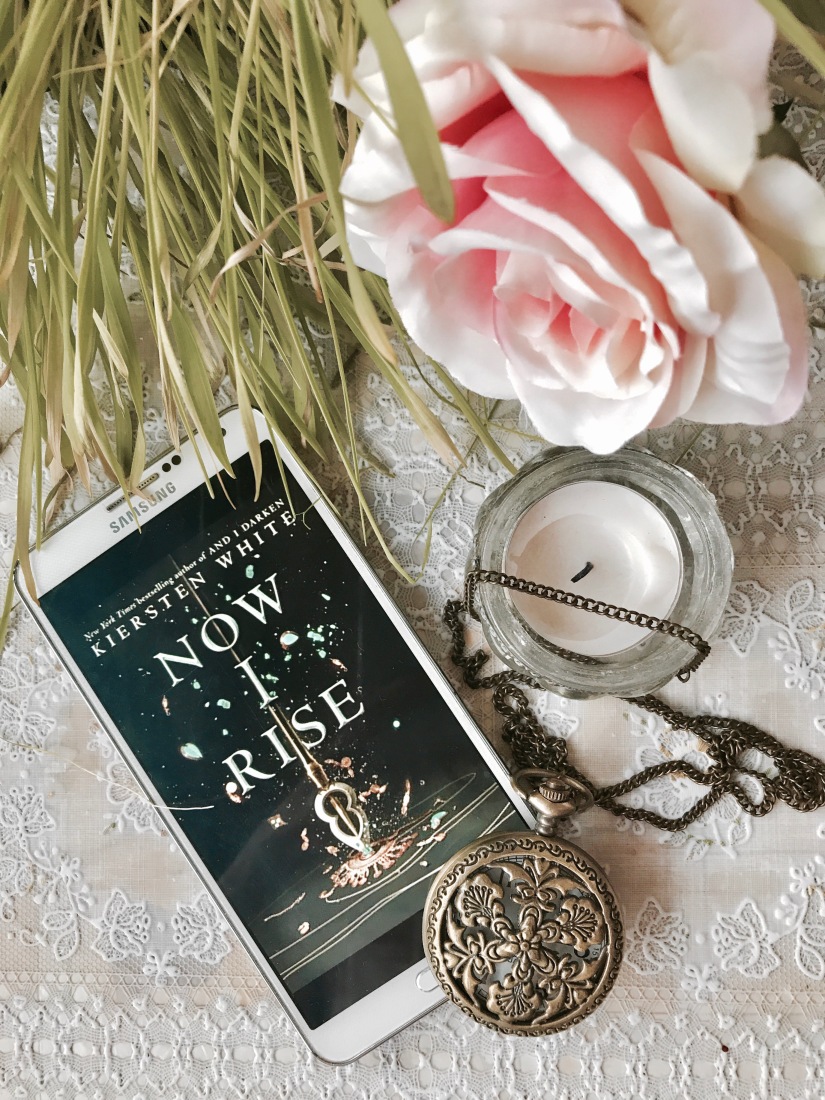 Lada Dracul has no allies. No throne. All she has is what she’s always had: herself. After failing to secure the Wallachian throne, Lada is out to punish anyone who dares to cross her blood-strewn path. Filled with a white-hot rage, she storms the countryside with her men, accompanied by her childhood friend Bogdan, terrorizing the land. But brute force isn’t getting Lada what she wants. And thinking of Mehmed brings little comfort to her thorny heart. There’s no time to wonder whether he still thinks about her, even loves her. She left him before he could leave her.

What Lada needs is her younger brother Radu’s subtlety and skill. But Mehmed has sent him to Constantinople—and it’s no diplomatic mission. Mehmed wants control of the city, and Radu has earned an unwanted place as a double-crossing spy behind enemy lines. Radu longs for his sister’s fierce confidence—but for the first time in his life, he rejects her unexpected plea for help. Torn between loyalties to faith, to the Ottomans, and to Mehmed, he knows he owes Lada nothing. If she dies, he could never forgive himself—but if he fails in Constantinople, will Mehmed ever forgive him?

As nations fall around them, the Dracul siblings must decide: what will they sacrifice to fulfill their destinies? Empires will topple, thrones will be won . . . and souls will be lost.

After I finished And I Darken I NEEDED to know what happened next, and I’m so thankful I got an ARC of this book. And it was way better than the first one, way way better. It still has a very slow pacing and it takes time for things to happen, but now I knew what everything was about, the world and the characters so it was easier for me to get deeply into it.

I would say it had more action scenes than the first book, and how complicated and detailed things became was one of the things that I found myself enjoying the most, despite loving the characters so much. Also it didn’t sugarcoated anything (well… maybe the things that make it a YA instead of an adult book) but there were some brutal scenes where the author was quite explicit, like in the first book.

“Be careful, little dragon. You and I were made for battlefields, not royal courts. Do not start fights you have no weapons for.”

I’m still saying I adore those characters. Lada is my little brutal baby girl and Radu is my pure boy, and I want nothing but happiness to happen to them. Which doesn’t happen at all, by the way. But still you can see a big jump on their personalities and how they were more matured in this installment.

Lada was still really strong, but I really liked reading about how she was missing Radu, and vice versa. They found that now that they were apart there were some things they did for each other and could not do by themselves that well. And they struggling with that made them even more human (I’m talking about Lada here, by the way). But Radu’s development was one of the most interestings.

I still don’t like Mehmed (that was nothing new, right?). I mean, yeah, he’s very ambicious and cunning but I felt he was using both Lada and Radu for his own benefits and deep down he doesn’t really care about anyone but himself and Constantinople. And you could actually see that in some scenes that occured in the novel.

And I loooved Cyprian. SO. FREAKING: MUCH. And I shipped him so hard with Radu. I just wanted them happy together, because Cyprian was super loyal and kind and the perfect match for Radu. SO PLEASE KIERSTEN WHITE LET THEM BE TOGETHER!!

“Hold hands with the devil until you are both over the bridge. Or kill the devil and burn the bridge so no one can get to you.”

I also really enjoyed reading about religion and the conflicts between christians and muslims, and how both sides portrayed different believes. I liked seeing more things and places of that world and the different societies. That was quite interesting, actually, and because the writing is that descriptive you got to picture those places in my head.

And let me tell you I REALLY NEED THE THIRD INSTALLMENT. It didn’t end in a cliffhanger, it was a similar ending as the first book, but there is a certain thing that occured at the end of the book that left me both speechless and screaming at the top of my lungs inside my head. AND. I. NEED. MORE.

I recieved and ARC of this book in exchange for an honest opinion. All thoughts are mine and mine alone.

5 thoughts on “Now I Rise by Kiersten White | ARC Review ”