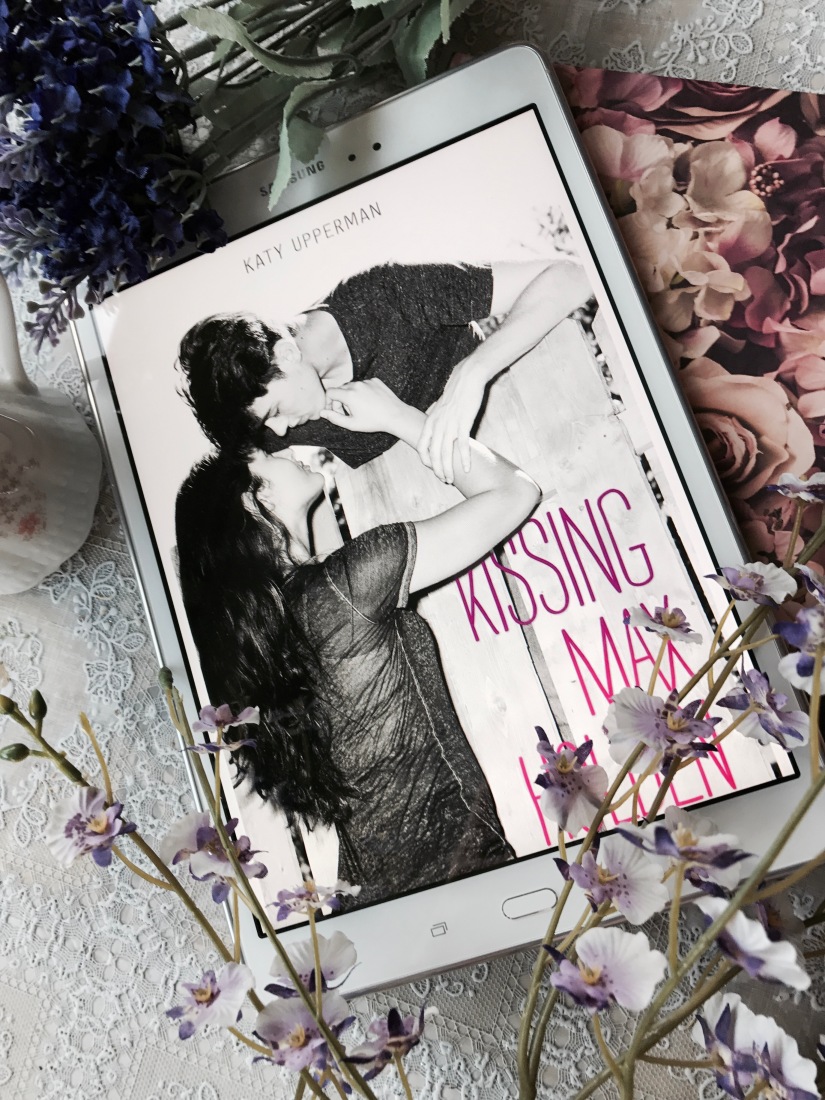 After his father has a life-altering stroke, Max Holden isn’t himself. As his long-time friend, Jillian Eldridge only wants to help him, but she doesn’t know how. When Max climbs through her window one night, Jill knows that she shouldn’t let him kiss her. But she can’t resist, and when they’re caught in the act by her dad, Jill swears it’ll never happen again. Because kissing Max Holden is a terrible idea.

With a new baby sibling on the way, her parents fighting all the time, and her dream of culinary school up in the air, Jill starts spending more and more time with Max. And even though her father disapproves and Max still has a girlfriend, not kissing Max is easier said than done. Will Jill follow her heart and allow their friendship to blossom into something more, or will she listen to her head and stop kissing Max Holden once and for all?

“Still, I can’t help but hope for this once-trademark grin, the one that says, I knew you’d come.

Of course I’ll come. He’s Max and I’m Jillian, and that’s how it’s always been.”

I’m a sad and disappointed puppy right now because even though I really wanted to like this book, I didn’t. This one was in my most anticipated list of 2017 (yes, I have a HUGE list, I know) and so when I got an ARC of this book I was all rainbows and butterflies (thank you so much to the publisher for that!). And don’t get me wrong, there were a few parts I like and thought were cute, but the overall message the book is based about… nope, didn’t like that one.

I have to say it was a pretty fast read. It took me more or less one day to read the entire book, and I usually take my time while reading, so that’s saying something. It was contemporary and normally that genre is quite fast and easy and PERFECT FOR SUMMER! But I had some issues I need to adress and talk about, which I’m going to do right now.

“Remember when we were friends?”

I did not like at all that it used cheating in a very harmful way as a plot of a book, and most of all, I didn’t like the way it was portrayed. There were a couple of characters that did that and I don’t know about you guys, but I don’t consider it a positive thing to do. And I felt like in the novel the main character was like “oh, well.. that’s bad, but I’m not going to do something to make it stop.” I really don’t want to get into spoilers, but there was a certain character that did hurt someone the main character knew and cared about and basically she did NOTHING. She was upset, but that was all.

And also there was a lot of girl shamming in the book, and that’s a big turn-off to me. I hate girl or slut shamming, and I found the main character incredibly annoying when she was insulting Max ex-girlfriend (or vice versa). She could have handled it in a better way but instead she decided to be a posessive one so… definitely a nope.

He trakes off down the hall, turning once to look back at me. He’s smiling, but his voice has a serious edge, ad it reverberates in the deserted corridor.

The romance was okay, I liked it but it didn’t blow my mind. Even though I didn’t mind some parts and I actually enjoyed them I felt like I’ve read it before in other YA or NA books, and so it didn’t really work.

I loved that Jillian loved to bake and had gone trough some financial issues with her family to study in the university she wanted to. I really enjoyed those parts, mostly because you could feel how much she loved baking.

And something I really loved that even though at the beginning our main character wasn’t in a very close relationship with her stepmother, they started to create a bond and get better. That’s something I really like to see in YA, because I sometimes feel like a nice and a good family is not often showed in books, and it’s really lovely to discover their development.