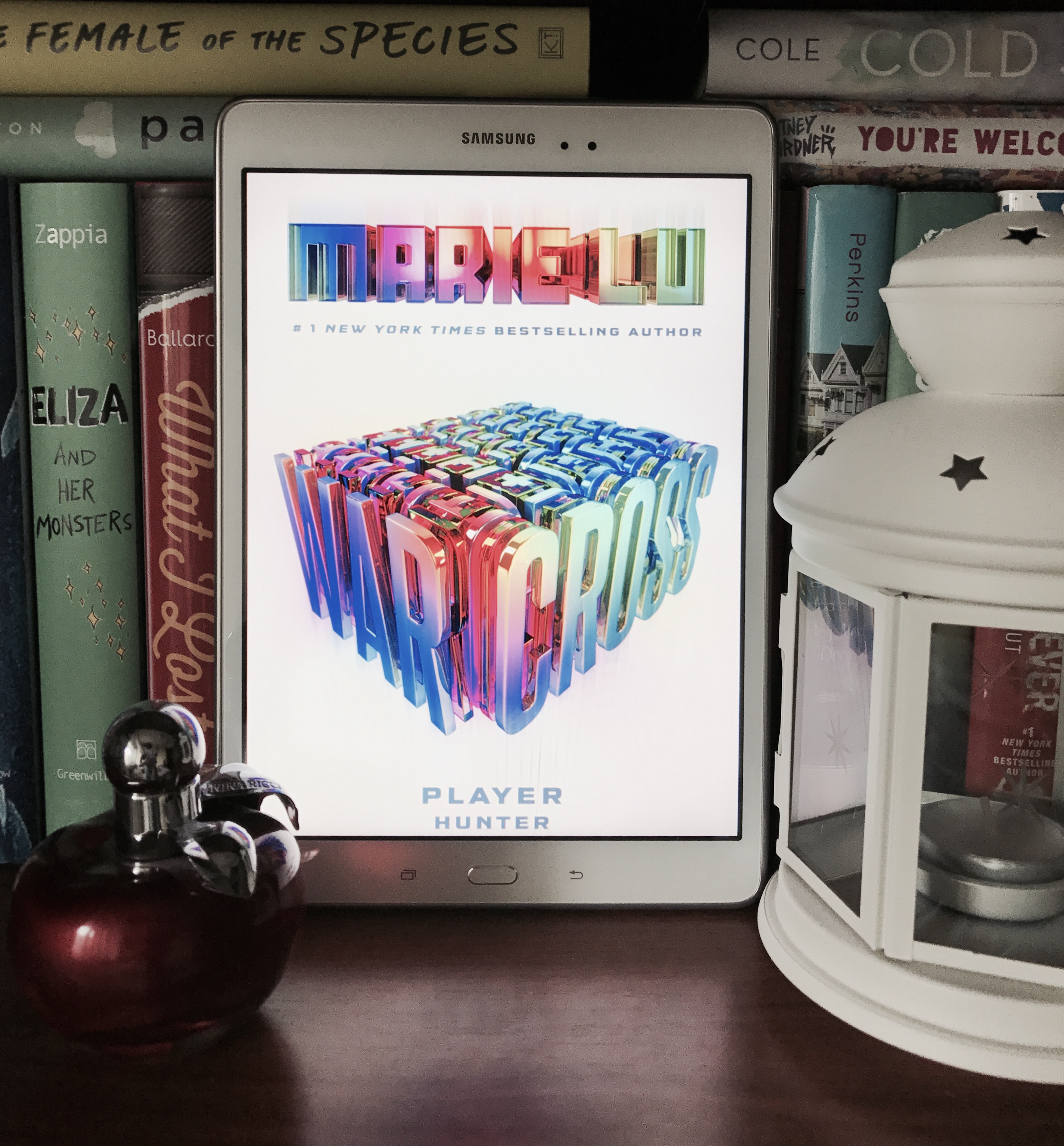 HOLY GUACAMOLE THIS BOOK, GUYS! I’m going to be shoving it to you when it comes out just so you’ll love it as much as I did. It was freaking spectacular and I can’t believe we’ll have to wait another year to read the second installment.

Believe it or not, this was my first Marie Lu novel, and let me tell you it did not disappoint me. Clearly there was a lot of buzz surrounding this book, from people who already read it and loved it or from other readers who were really anticipating it. So I can’t be thankful enough to the publisher for giving me an ARC of this book, because I now understand all the hype it got.

Even though I read the premise and had been eyeing it ever since, I don’t know why I went with quite low expectations (maybe it had to do with the hype???). I don’t usually read stories based on video games because, well, I’m not a gamer myself and I fear I might be bored with them. But I have to say this book really surprised me. I LOVED EVERY SINGLE PAGE OF IT. Legit. I have no words to describe how much I enjoyed it, but I’ll try my best.

“They’ll say I’ve lost my touch, that I picked you just for the news coverage it’ll get the Riders. But we know better than that, don’t we? I don’t waste my time on players with no potential. You’re a weapon in disguise, and I intend to keep it that way until our first game.”

Warcross was incredibly detailed and complex. The author did such a great job at creating it, because it felt like I was inside the story along with Emika learning about the whole video game, the competition and what’s behind it. The whole concept felt so intricate and unique to me that it made me want to continue the story just to see what would come next. The different tournaments of Warcross were so much fun reading about, and basically the entire game process was really cool and entertaining.

So yeah, since lately I’ve been reading more futuristic novels and find myself really enjoying them, this was no different. I would say I didn’t think I would love it as much as I did, but it fastinated me how complex and detailed everything was and the interactions between the characters. It had everything I loved in a book, and for that I was hyper happy.

The cast was really diverse, too. Since it’s a worlwide game, there were a lot of characters from Asia, Africa, South America, etc. I really enjoyed reading from Emika’s point of view. She was a very strong and real character, who was still fighting with the loss of her father, and she was incredibly intelligent. The interactions with other characters throughout the story and the friendship she made during Warcross were one of my favourite things, as well as her development.

“Some people still say that Warcross is just a stupid game. Others say it’s a revolution. But for me and millions of others, it’s the only foolproof way to forget our troubles.”

It was a very addicting book. You know how much I love books that either are thrillers or mysteries, and even though this one was a bit more focused on the game and the technology aspect of the society, there still had a bit of a mystery going on, since Emika needed to catch an unknown hacker you literally knew only the name: Zero.

It had some things I didn’t see coming, and THE MOST IRONIC ENDING POSSIBLE. I thought something like that may happen but I forgot about it because it would be so ironic, and when it did I couldn’t help but laugh (even though it wasn’t funny). That was my normal reaction after devouring the novel, oh well.

So I hope after this review you’ll pick the book when it comes out and loved it as much as I did, because even if you’re not a big fan of video games (like I am), you’re going to love it (LOOK AT ME, I DID!).