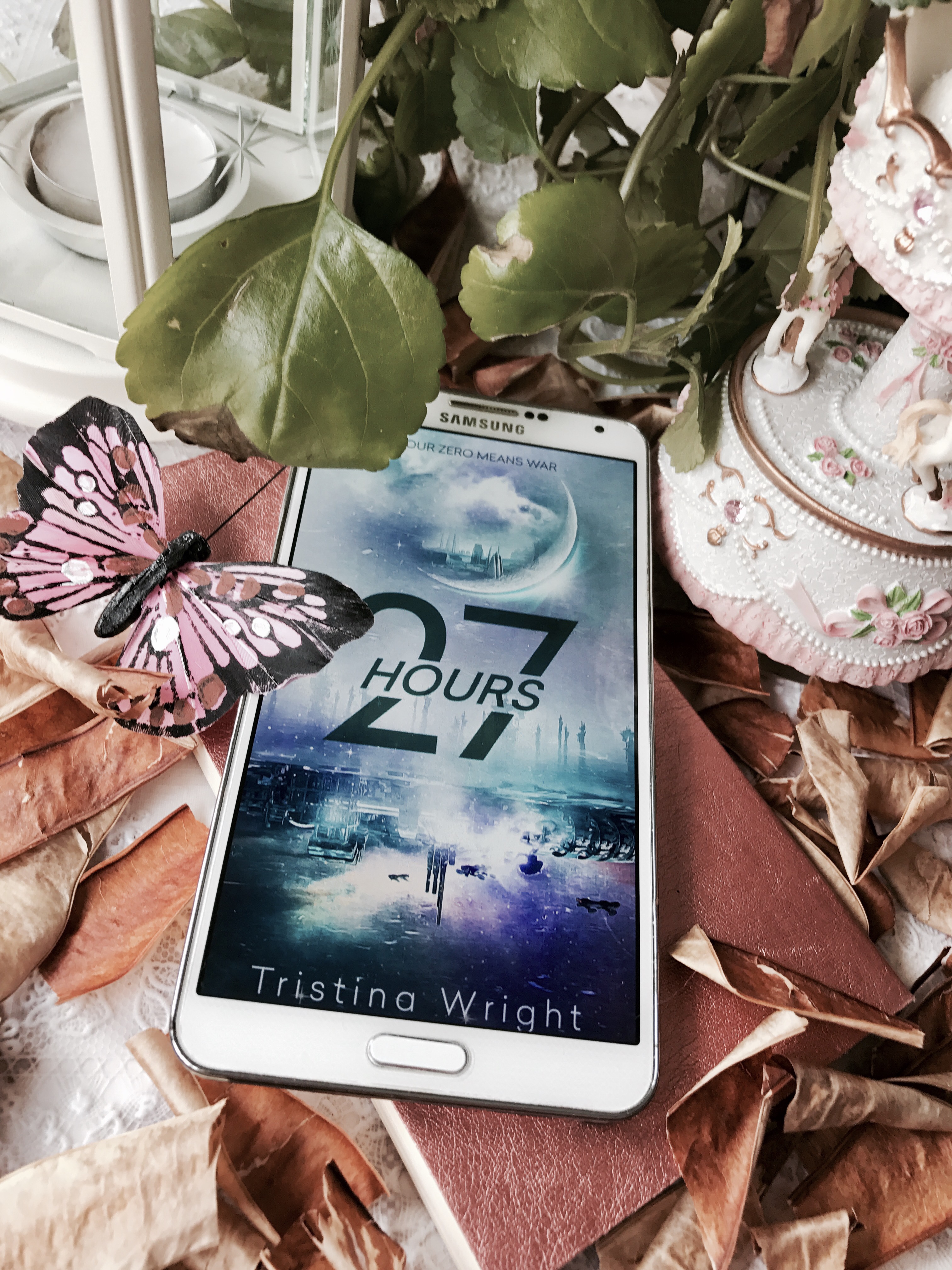 Rumor Mora fears two things: hellhounds too strong for him to kill, and failure. Jude Welton has two dreams: for humans to stop killing monsters, and for his strange abilities to vanish.

Nyx Llorca keeps two secrets: the moon speaks to her, and she’s in love with Dahlia, her best friend. Braeden Tennant wants two things: to get out from his mother’s shadow, and to unlearn Epsilon’s darkest secret.

They’ll both have to commit treason to find the truth.

During one twenty-seven-hour night, if they can’t stop the war between the colonies and the monsters from becoming a war of extinction, the things they wish for will never come true, and the things they fear will be all that’s left.

“We have to save them,” he whispered.

“You can’t save everyone,” Trick said.

Jude tore his attention away and met his brother’s gaze. “I can try.”

Okay, this has been one of the hardest reviews I had to do because for the longest of times I didn’t know how to talk about what I felt while reading it, or the things that I enjoyed and didn’t, and I have come to the conclusion that this wasn’t a book for me. It had the potential and I actually enjoyed some of the things that happened, but overall it wasn’t a significant book for me or one that I would think about a lot, and I’m so sad because the premise sounded so freaking fantastic.

First of all, I want to thank the publisher for giving me an ARC of this novel, because it was one of my most anticipated reads of this year and having an entire cast of queer and diverse people was something I was so looking for.

“Nyx supposed that was the ultimate trade-off for exploring the cosmos. They’d gained the stars, but had lost the ground they came from.”

I have to say as the publication date came close by, there were a few negative reviews circulating the internet saying there were a few problems regarding colonization and race representation. Unfortunately I don’t have any of those links, but if you do please tell me so I can link them in this review!

And well, I can’t talk about those things because I feel I’m not the right person to do so, but it’s true that I noticed those things people were talking about on Twitter. There problem with colonization in my opinion was that our protagonists, the coloners, were talking about the chimera (they called them gargoyles) as beasts without mind of their own and that only wanted to kill, whereas they were the good guys (Rumor, yes, I’m mostly talking about you here). They spent more than half of the book saying that, and to be frankly honest, it kind of annoyed me a bit, mostly because you could see that wasn’t true.

It was very gory as well, which surprised me I think the most. I didn’t expect it to be that bloody or explicit, but I think that gave the story more realism. However if you have any type of problem with explicit content, well… I’ve warned you.

“There was once a time and a place when children didn’t carry weapons. So he’d heard in the stories from their home world.

But the children of the Saharan moon were born with guns in their hands.”

Now the thing regarding some of the characters. All our main characters are queer, and let me tell you I almost screamed when I knew that. There were so cute and adorable relationships going on, and they were super cute. But I felt that two of the relationships were so in depth described and developed, whereas the one regarding Braeden, our asexual boy, wasn’t really talked about throughout the story. I don’t know if it’s going to be more important in the sequels, but I was kind of sad to see he was a bit left out.

The pacing of the story was incredibly fast. I was shocked to see that, because I thought it was going to be slower and more descriptive, but turns out it wasn’t. It was very action- packed, which I think made the story quicker, because you wanted to know what happened next. Sadly the ending was a bit clique for me, and it didn’t surprise me that much, which was a bit disappointing.

Overall, despite all the amazing things and everything happening in the book, I didn’t quite connect with the story or the characters, so sadly I don’t know if I’m going to be continuing reading the next installments.