Hello bookworms! I’m Nia and today I’m going to be talking about some of my favorite funny characters.

I love me a good hilarious characters, but I find them quite difficult to find, to be honest. I just don’t read or watch a lot of comedy shows or books, so it’s a bit hard for me to find those types of characters. However, I have a few I wanted to mention in this post because I love them so much and they deserve to be talked about, hence why I ended up choosing this topic for this Top 5 Wednesday.

Also I’m sorry these past few days I haven’t been posting much. I’ve been very busy and it was a bit hard for me to sit down and write posts, but hopefully this month will be so much better.

My thoughts: Kenji is one of the best and funniest characters I’ve ever read. He adds so much to the series that I could write a list about. He’s so pure and funny, and has an incredible relationship with Juliette throughout the series, and not only he’s funny but he’s a very loyal friend, and I think that’s what makes Kenji so special: that he is quirky and hilarious when he has to but also that he’s there when his friends need him.

My thoughts: Lucifer is an incredible main character. The show itself has the perfect amount of drama and comedy at the same time, and though that combination usually doesn’t go as well as expected, I think in this show it does. I loved Lucifer since episode one, but as I kept watching the show I found him more and more complex, and though of course he’s quite sarcastic and funny at times, he has a lot of layers, and that’s what I think is the best in a character.

My thoughts: Jake Peralta is simply hilarious. I’ve started watching the show mostly because it was recommended to me, but also because when I saw a scene of an episode I couldn’t stop laughing. I just love the entire cast of characters. They all are so funny and have such great interactions and relationships that I cannot stop watching it. But I think especially either Peralta, Holt or Terry are the characters I laugh with the most. Nonetheless, it’s a series full of hilarious characters, and I highly recommend it. 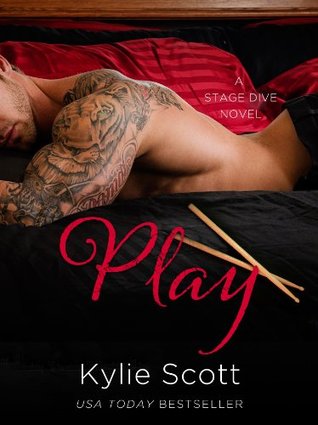 My thoughts: Out of the four books I’ve read in this series, I think this one is the funniest one. And that’s because of Mal. He has a very unique way to be and to interact with people (especially with his love interest), and there were times when I was laughing out loud because they were just simply hilarious. I just love him so much.

My thoughts: Magnus was such an incredible addition to the series, in my opinion. Though in this series he’s more a secondary character, I think he still added so much to the books with his personality. Not only his relationship with Alec is beautiful and pure, but he also has incredibly funny lines throughout the books, and I think that’s why I love him so much.

Exotic and gritty, exhilarating and utterly gripping, Cassandra Clare’s ferociously entertaining fantasy takes readers on a wild ride that they will never want to end.

Who are your favorite funny characters? Do you have any of these on your list? Let me know in the comments so we can chat about them!