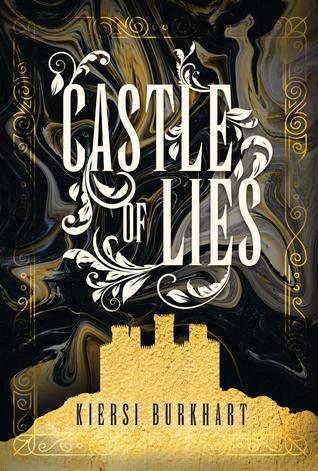 Thelia isn’t in line to inherit the crown, but she’s been raised to take power however she can. She’s been friends with Princess Corene her whole life, and she’s scheming to marry Bayled, the heir to the throne. But her plans must change when an army of elves invades the kingdom. Thelia, her cousin Parsival, and Corene become trapped in the castle. An elf warrior, Sapphire, may be Thelia’s only hope of escape, but Sapphire has plans of their own. Meanwhile, an ancient magic is awakening within the castle, with the power to destroy the whole kingdom. Can Thelia find a way to protect her future–and her life?

“I’ve been waiting for these words since the spring, when she buried that dagger in my back and she ruined my one chance at happiness.”

I admit I was pretty intrigued to read this book because the premise sounded something quite different from what I’ve been reading lately in fantasy, and I’ve heard it was queer so I had high hopes and went with pretty high expectations, and I have to say my experience reading this novel was one of the weirdest ones I’ve had in a long time, and overall I was pretty disappointed with how everything was handled.

It started off pretty confusing and it took me a while to understand what was going on. Though I think the concept of the story had potential, I didn’t like the outcome, and I feel it needs a lot more editing. I felt quite overwhelmed the first few chapters, because there was a lot of info dump thrown at us, but as I kept reading the book I was expecting to see more things and I found everything super lineal.

There was barely any information about the world building and magic system. For the story to be so politically driven and focused on this castle, we barely got any information regarding the society or the world, which was pretty disappointing.

“Dearest uncle, […] I hate to bear this sort of news, but I believe your daughter has betrayed you.”

I also have to say that I wasn’t the biggest fan of the character arcs. Though I thought that part of the story was going to be my favorite, because Castle of Lies was supposed to have a queer cast of characters, everything was so lackluster. Pasrifal was a very stereotypical bisexual, and I don’t think Thelia’s aro/ace representation was well handled. The characters overall seemed pretty underdeveloped, and one dimensional, and the interactions between them were just so weird and awkwardly written that it was hard to believe what was happening. There was also the fact that there was some incest going on throughout the story that had some explicit sex scenes and were pretty uncomfortable to read (I don’t usually mind sex in books, but the fact that these two characters were cousins was not so good), and that romance (along with another one that happened at some point in the novel) came completely out of nowhere and barely had any transgression.

Another thing that really bugged me was the constant change of POVs. There were only four perspectives in the story, but it was constantly jumping from one to another. I think we only got two pages into one POV and then suddenly we dive into another, and that frustrated me so much because we barely got to delve into their dynamics and inner monologues.

Overall, though this had such an incredible premise and it was supposed to be queer, I was so let down by everything, and there was nothing that could redeem the story for me. The plot was stuck a lot of times, nothing was happening and I got so bored till the point I considered DNFing it, and the characters were so underwhelming, so unfortunately this was a flop for me.

I received an ARC of this book in exchange for an honest review. This doesn’t affect my opinion whatsoever. All thoughts are my own.

“He’s the only one who knows what I want more than anything: to push Corene out of the way, marry Bayled myself, and the moment the old King kicks off… become the Queen.”

1 thought on “Castle of Lies by Kiersi Buckhart | ARC Review”