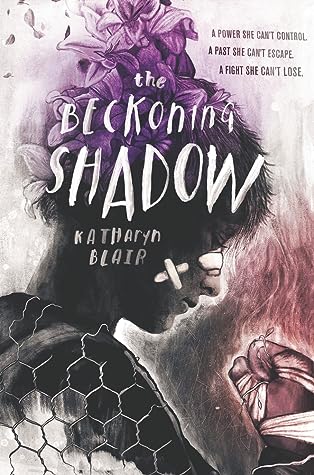 Vesper Montgomery can summon your worst fear and turn it into a reality—but she’s learned the hard way that it’s an addicting and dangerous power. One wrong move and you could hurt someone you love.

But when she earns a spot in the Tournament of the Unraveling, where competitors battle it out for a chance to rewrite the past, Vesper finally has a shot to reverse the mistakes that have changed her forever. She turns to Sam Hardy, a former MMA fighter who’s also carrying a tragedy he desperately wants to undo. However, helping heal Sam’s heart will mean breaking her own, and the competition forces her to master her powers—powers she has been terrified of since they destroyed her life.

I cannot even express how excited I was to pick up this book, because the synopsis sounded so unique and absolutely fantastic and like something that was right up my alley, but unfortunately I think this is one of those cases where it wasn’t the book, it was me. I can totally see why people have loved it so much, but I felt so underwhelmed by it.

One of the main issues that I had with the book itself was that I didn’t see a direction of the plot. I started it and put it down because I thought it was me the one at fault (because I was in a mayor reading slump at the time) and picked it up today with a fresh mind and it was still the same. There were a lot of things happening that made me a bit confused as to see the path the book would take, and after finishing it I think there were definitely a lot of things that weren’t necessary. It is a fairly long book, and there were still a lot of questions left unanswered (and I know it’s part of a series, but I still would have loved to know more about certain things that were barely addressed).

Other problems that I had was that The Beckoning Shadow was so lineal. Except for the last 20 pages and a couple of action packed scenes where our protagonist Vesper was fighting, everything seemed so flat. There were a lot of tropes that made certain revelations of the story super predictable since I’ve seen them multiple times in other books, and I was left wishing more.

“After all the warnings, all the lessons, all the looks over their shoulders — and the thing they should have fear the most was next to them, the whole time.”

When it comes to the characters, I had a love/hate relationship to them. I wasn’t the hugest fan of Vesper herself. She was one of those characters that got me on my nerves throughout multiple times during the novel, and her development was so slow. Her interactions with some side characters felt so forced at times, and I think that there was an unnecessary romance, because I couldn’t see any chemistry between her and her love interest.

What I loved the most and wished it was more complex in The Beckoning Shadow was the magic system. I think that was such an interesting part of the plot that we got to know a bit about, but I would have loved to know more about the different powers and the Wardens, and some of those things weren’t really addressed, at least in this book.

Overall, I was so anticipating this book and it was a bit lackluster for me. There were certain parts of the novel that were so intriguing, and it was such a fast paced story, but unfortunately it wasn’t the book for me.

“She smile at blades. She kissed the rope. She danced with arrows. She sang through smoke.”

3 thoughts on “The Beckoning Shadow by Katharyn Blair | ARC Review”