Hello bookworms! I’m Nia and today I’m going to be talking about some book recommendations that you could bring into a haunted house.

Now, I love doing these types of posts whenever Halloween is near. I read a lot of spooky books during this time of the year, and though some of them are flops, there are some I’ve adored and will forever recommend.

Today I’m going to talk about a few books, in case you’re looking for some different stories.

Without any further ado, let’s begin with my spooky recommendations!

My thoughts: If you’ve been following me for a while, you’ll probably know already how much I adore this series. I wanted to recommend the first one, because it was honestly the one that scared me the most. There’s a certain scene happening at a manor that scared the shit out of me, so I think it’d be a perfect companion to bring to a haunted house.

Beyond the Black Door | A.M. Strickland

My thoughts: Even though I had some issues with this book, I still wanted to recommend it because it had really interesting elements that are perfect if you’re looking for an atmospheric and eerie book but don’t want to get very scared.

Kamai was warned never to open the black door, but she didn’t listen …

Everyone has a soul. Some are beautiful gardens, others are frightening dungeons. Soulwalkers―like Kamai and her mother―can journey into other people’s souls while they sleep.

But no matter where Kamai visits, she sees the black door. It follows her into every soul, and her mother has told her to never, ever open it.

When Kamai touches the door, it is warm and beating, like it has a pulse. When she puts her ear to it, she hears her own name whispered from the other side. And when tragedy strikes, Kamai does the unthinkable: she opens the door.

A.M. Strickland’s imaginative dark fantasy features court intrigue and romance, a main character coming to terms with her asexuality, and twists and turns as a seductive mystery unfolds that endangers not just Kamai’s own soul, but the entire kingdom … 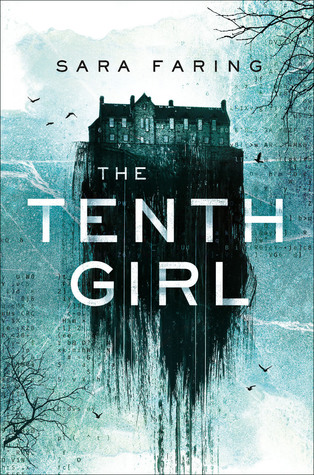 My thoughts: Now, I have to say that I didn’t really enjoyed this book. I loved the first part, but really didn’t like the rest and the ending, but I think it’s quite a polarizing book that either you’re going to love or hate, so I still wanted to mention it, because it honestly had that spooky and dark setting, and the boarding school is haunted, so… maybe this’ll be for you.

At the very southern tip of South America looms an isolated finishing school. Legend has it that the land will curse those who settle there. But for Mavi—a bold Buenos Aires native fleeing the military regime that took her mother—it offers an escape to a new life as a young teacher to Argentina’s elite girls.

Mavi tries to embrace the strangeness of the imposing house—despite warnings not to roam at night, threats from an enigmatic young man, and rumors of mysterious Others. But one of Mavi’s ten students is missing, and when students and teachers alike begin to behave as if possessed, the forces haunting this unholy cliff will no longer be ignored.

One of these spirits holds a secret that could unravel Mavi’s existence. In order to survive she must solve a cosmic mystery—and then fight for her life. 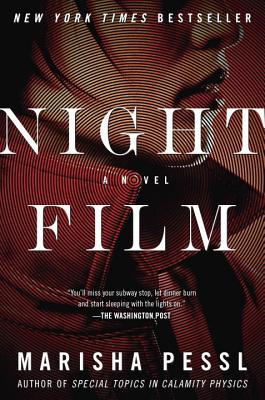 My thoughts: If you’re looking for the perfect spooky book for this time of the year, look no further. This fucked up with my mind like no other book, and even though the ending was a bit underwhelming, I loved the rest of the story that I’m willing to look past that.

On a damp October night, 24-year-old Ashley Cordova is found dead in an abandoned warehouse in lower Manhattan. Though her death is ruled a suicide, veteran investigative journalist Scott McGrath suspects otherwise. As he probes the strange circumstances surrounding Ashley’s life and death, McGrath comes face-to-face with the legacy of her father: the legendary, reclusive cult-horror film director Stanislaus Cordova–a man who hasn’t been seen in public for more than thirty years.

For McGrath, another death connected to this seemingly cursed family dynasty seems more than just a coincidence. Though much has been written about Cordova’s dark and unsettling films, very little is known about the man himself.

Driven by revenge, curiosity, and a need for the truth, McGrath, with the aid of two strangers, is drawn deeper and deeper into Cordova’s eerie, hypnotic world. The last time he got close to exposing the director, McGrath lost his marriage and his career. This time he might lose even more.

My thoughts: Out of all of the books in this list, this one would be the lightest one, but I still wanted to recommend it in case you want something different to read, because honestly this is one of the most unique retellings I’ve ever read. I wouldn’t say it’s necessarily spooky, but it’s very atmospheric and whimsical.

Summer, 1518. A strange sickness sweeps through Strasbourg: women dance in the streets, some until they fall down dead. As rumors of witchcraft spread, suspicion turns toward Lavinia and her family, and Lavinia may have to do the unimaginable to save herself and everyone she loves.

Five centuries later, a pair of red shoes seal to Rosella Oliva’s feet, making her dance uncontrollably. They draw her toward a boy who knows the dancing fever’s history better than anyone: Emil, whose family was blamed for the fever five hundred years ago. But there’s more to what happened in 1518 than even Emil knows, and discovering the truth may decide whether Rosella survives the red shoes.

My thoughts: If you’re not a fan of scary stories, but want to get in the mood for Halloween, I think this would be a perfect pick. It’s so entertaining and fun, but it has those paranormal elements that I think give such a different vibe to the story.

My thoughts: Even though this technically takes place in a ship in the ocean, it was absolutely fantastic and gave me the chills while I was reading. I adored how incredibly detailed it was, and I was at the edge of my seat anticipating what was going to happen, so I think if you’re looking for a creepy horror book, don’t look further.

My thoughts: I think this gave me similar vibes to a haunted house, and that’s why I decided to added to this list. This takes place in a manor near the sea, and our main character sees her sisters’ ghosts, so I think it’s quite fitting.

What books are you most looking forward to read this Halloween? Have you read any of these books or do you have them on your TBR? Let me know in the comments!